Well, here we are three weeks later, and no--we are not still in Canada! Since I wrote last, we have been through New York and PA, and landed today in Ohio.

We are still not back in our bus; it may be another three weeks or so until the damage is repaired  Turns out that the damage was far more extensive than I thought--all of the air conditioning blown out and loads of wiring to be replaced. Not to mention the smell.  Our clothes reeked of smoke, and apparently the inside of the bus will have to be cleaned by a company that specializes in smoke removal. Sigh.

We have perfected the art of finding an inexpensive motel along the route to my talks and trails and have also stayed in the homes of some very generous folks.

SO--back to Canada!  We crossed from Ontario into New York at Niagara Falls and had already scheduled a day off to play tourist.  Here we are before we got soaked on the Maid of the Mist boat ride.  If you have never been, you MUST take the boat!  There is truly no other way to see the falls! 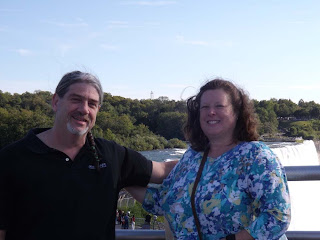 On to LeRoy, New York, where we had been invited to stay with Lynne Belluscio, the quilt trail coordinator, Historical Society director, Jell-O Museum director, and a really generous host.

Yes, there really is a Jell-O museum in the town where it was invented!

When we got to Lynne's home, we were greeted by her lovely Whig Rose barn quilt.  Just one example of the fine work I would see. 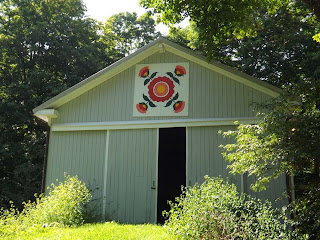 The next day, Lynne and I took the tour of their 200 ro so barn quilts. I encountered my favorite Corn and Beans--love this on the white barn! 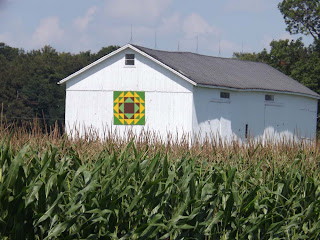 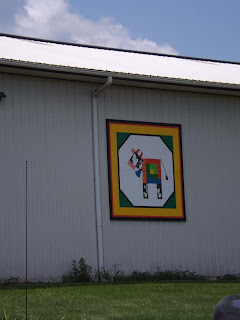 The cow was just too cute to resist--definitely one of a kind! 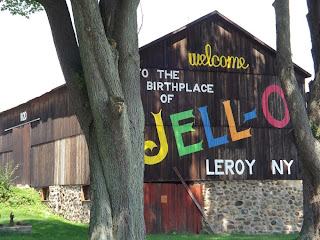 And speaking of that, here is the only Jell-O barn you will ever see!  It actually has Mail Pouch Tobacco on the other end, but it's not an original--just going with the theme. 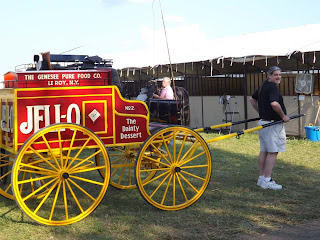 Lynne and her family invited us to a horse driving competition.  Glen asserted that horses can't drive. He was just being silly, and when he saw the Jell-O wagon, Glen got even sillier as he attempted to join in! 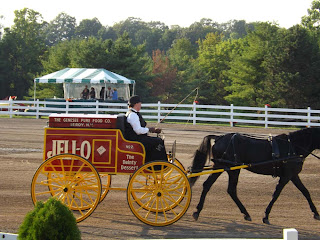 We later got to see Lynne's daughter show how it's done and win a blue ribbon--one of several she had taken home during the event.

So now I owe you New York chapter two and Pennsylvania.  Of course, I will be out on the quilt trail again tomorrow, so I need to get myself caught up!

Don't forget that 2014 calendars are ready--they are about half sold out!  And as always, if you have a quilt trail story to share, get in touch.